A tent as an idealWe always like to come up with something special for Nature One. When else do you get the chance to delight an audience of 50.000 in the open air with the best techno DJs in the world? In 2016, too, the former missile base Pydna in the Hunsrueck area turned into a bubbling cauldron.

And we’re right in the middle, with the general technical management, crisp sound, light and video technology as well as a superlative construction. Just like every year, the challenge to build the main construction on the main floor is enormous: The octopod, truss finger, the cage, and whatever else they were called. This year, as a reference to a circus tent, a 31 meter pyramid was created – there never was a higher construction at Nature One. Lighting designer Thomas Gerdon really had his hands full. In and around the construction, a total of 90 SGM LED Flood Blind Strobes, 100 Graphic Tubes and 256 square meters of LED Balls were used. The images give an idea of what was pulled together there. 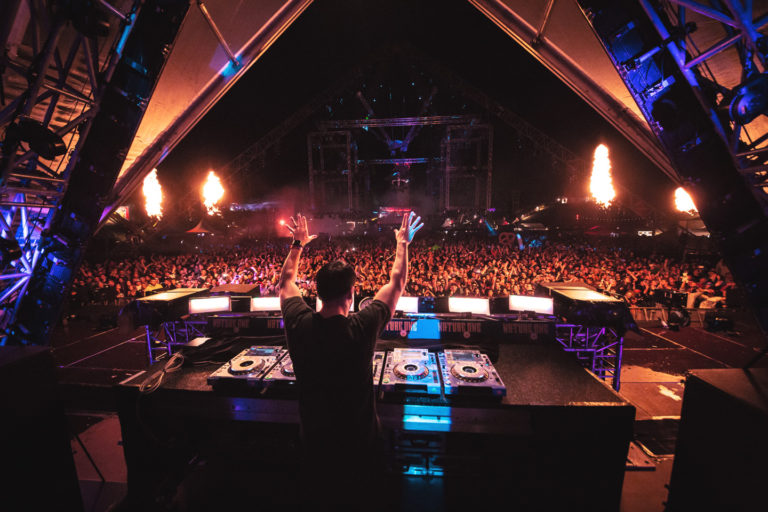