Diamond danceFor the TV show „Unser Star für Dänemark“, the national preliminary round for the Eurovision Song Contest 2014, we used eight diamond-shaped screens as an elegant stage set that was both mobile and, at the same time, served as a projection surface.

The vertical motions were facilitated by means of SPC winches, the horizontal ones using a friction drive. The exact positions of the diamond shapes were calculated down to the millimeter by our own software solution. The media server system Pandoras Box processed the information and projected the media content onto the exact position.
The setup made for great variety. Even though technically, the same setup was used throughout the show, we could generate versatile and diverse stage sets, inspire different emotions and, not least, have some fun ourselves. 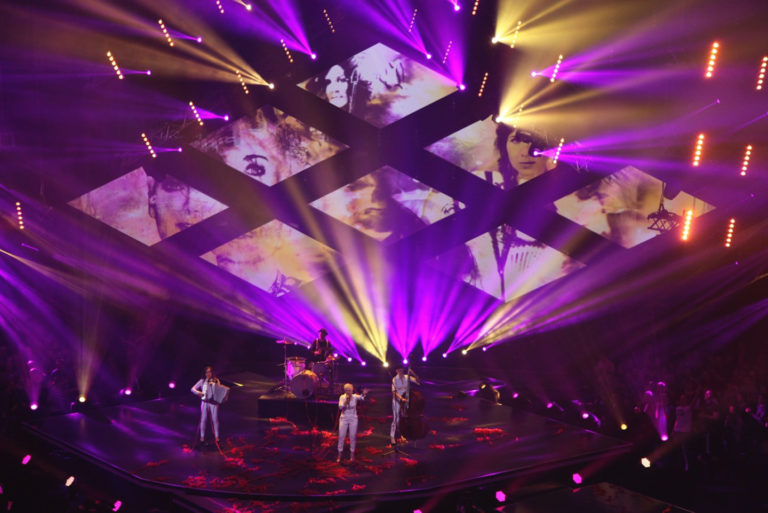 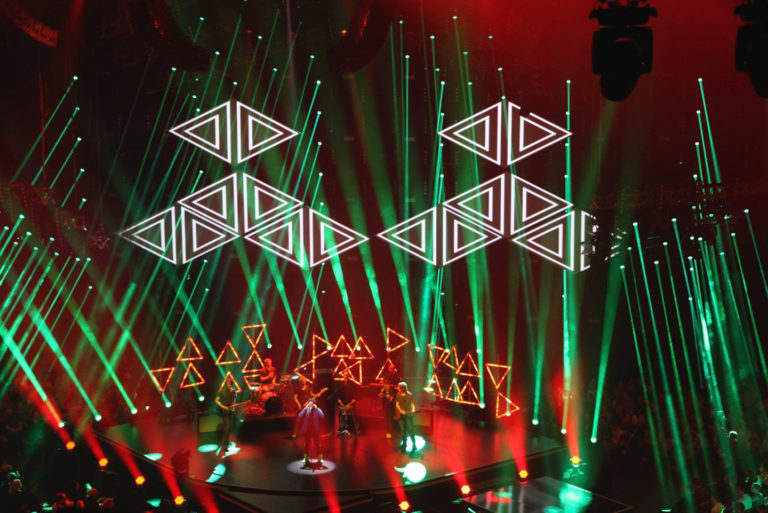